Lots of Energy Around Solar Innovation

To be an inventor you have to believe you can make a difference. If you sit and look at it alone it can feel that there is nothing left to invent, or that all the technology is too advanced for a layman to contribute a significant innovation. Recently MakeHaven hosted an event that proves the people of New Haven are not deterred and can find lot of ways to innovate.

The national network of makerspace, Nation of Makers, made us aware that the US Department of Energy was holding a contest for anyone to develop an idea that helped the solar industry. Through this contest they hoped to fuel the development of prototypes and growth of new innovative companies.

Previously we hosted the work of a team competing in the Mars Habitat NASA Centennial Challenge, who achieved recognition as the 8th place of that national contest. That project motivated lots of creatively and activity. The goal of fueling innovation and supporting prototypes is entirety aligned to MakeHaven's mission, so despite a tight timeline we decided to go ahead with the American Made Solar Challenge. 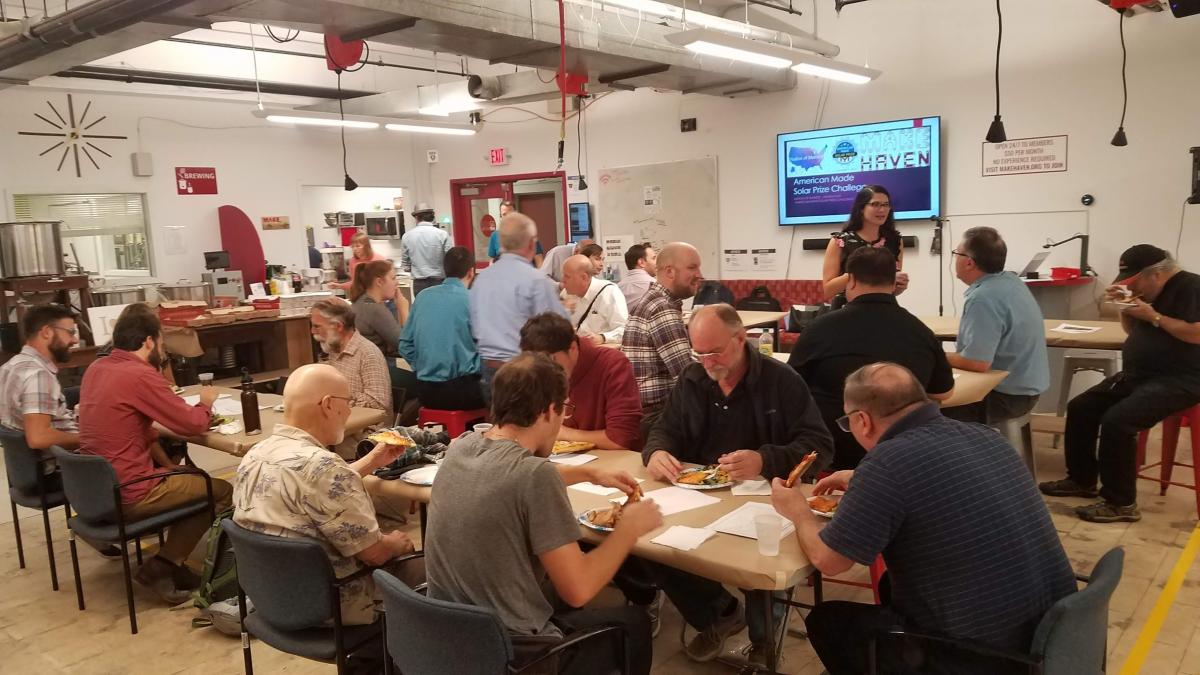 We had fantastic attendance with over 45 people participating. Many people from renown architecture firms, the solar industry, New Haven Energy Task Force, and MakeHaven members. After a presentation, the groups moved rapidly through stages of getting an idea ready to submit. All teams did brainstroming and idea development, some then created formal teams and prepared to submit their proposal to the contest.

During the idea development phase the groups focused on answering five questions.

At the conclusion five teams presented their unique ideas and several indicated they would be submitting their idea to the contest within the next 24 hours. Impressive! 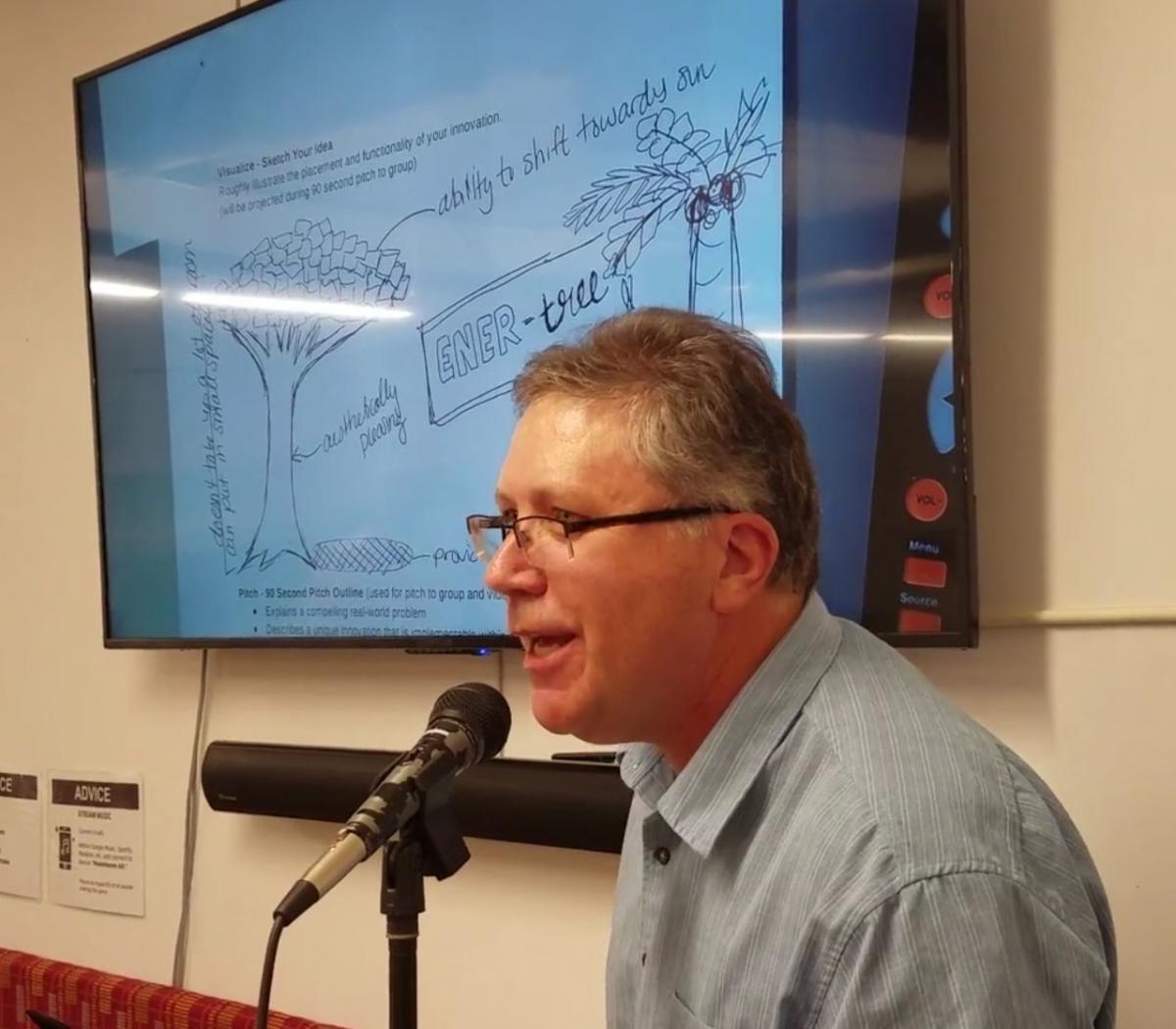 As a makerspace we work to foster innovation, this contest was a great motivator to get people together and make a push to develop an idea. This was only the first phase of a three phase contest. Those next two phases give 90 days for teams to come up with a proof of concept, then another 90 days to build a working prototype. Hopefully some teams get the opportunity to move forward to the next phases of the contest. MakeHaven is ready to help them build those prototypes!