Our physical location is temporarily limited to small business activity. We will update this notice when education and hobby use resume. Until then enjoy our online learning activities for makers. 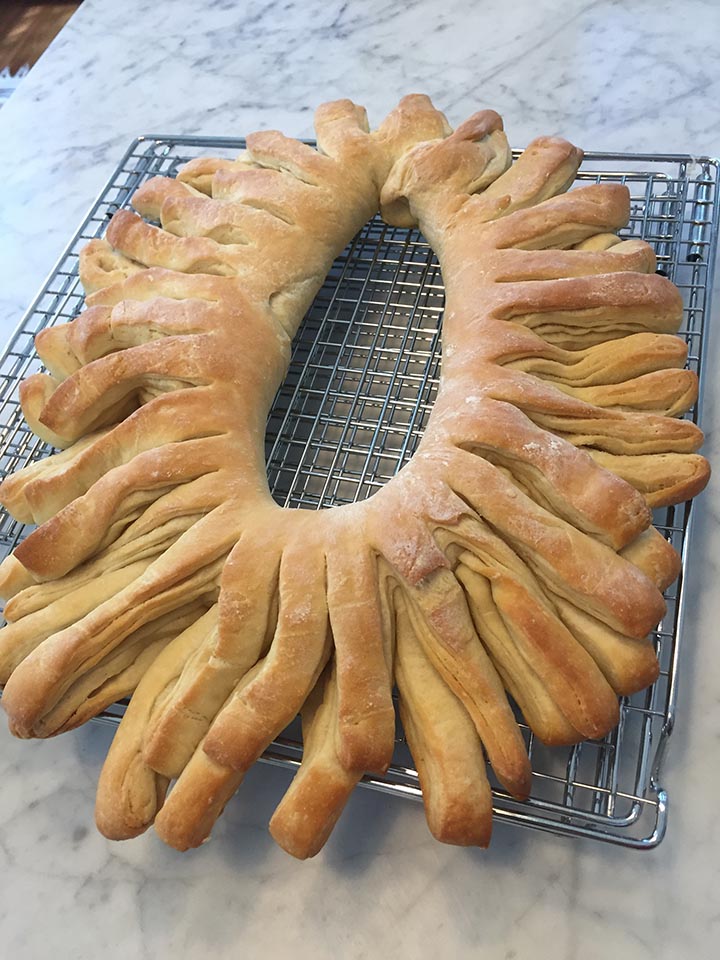 So on July 4th I did an epic barbecue involving dry rubbed, apple smoked pulled pork served on Hawaiian Malasadas (Portuguese deep fried donuts) with fresh cabbage slaw and mango/jalapeno sauce...but that’s not what this blog entry is about. A byproduct of that effort was me not wanting to waste the half inch of fatback (skin and fat layer) that I cut off of the two pork shoulders. I decide to make Chicharróns, which is small squares of slow baked fatback that shrink into succulent, crispy chunks of fatty goodness that you salt and eat, preferably with a cool beer...but that's not what this blog entry is about either. The byproduct of that effort was two good cups of rendered fat (aka lard) for which I needed a use.

This weekend, as I prepare for a MakeHaven Arduino class (mostly worrying that my pathetically non-existent coding skills will get me laughed out of class), I decided to ease my stress by baking one of my favorite bread recipes from Argentinian chef Francis Mallman called "Cremona". If you've never heard of him, he's a dude amongst dudes whose cookbook is entitled "Seven Fires" and has  a standout recipe of ingredients that are simply, a cord of wood, a big piece of sheet metal, a slaughtered cow, and 1000 of your friends). He attributes Cremona bread to an Italian town of the same name and if you haven't guessed it already, the star ingredient is lard.

Start to finish, the entire process takes about 4 hours. The dough is pretty straight forward (4C flour, a TBSP salt, a TBSP of olive oil, and water with a pack of active dry yeast dissolved into it). A Kitchenaid on slow does the kneading for you for about 5 minutes and then you rest the dough for an hour. Then it gets fun. You roll it to 8"x24" , coat most of it with melted lard, fold the short ends into the middle and then fold it in half again. I like to pinch the seams to close it up. The weather was a bit warm, so I saran wrapped the dough and let the fat set up a bit in the freezer for 15 minutes. Then I repeated that process again. Then I rolled it into an 8" wide ribbon about 1/4" thick and gave it a coat of lard, but instead of folding it the previous way, I folded it in half along its long axis. Then you slice 1" chunks of it, leaving a spine like a book binding, and form it into a circle. After another 30-60 minutes of rest/rise, you can bake it for 30 minutes in a 400 degree over. Voila! Cremona...If you're wondering about the copious amounts of lard, the idea is similar to French puff pastry. Lard is actually an emulsion of fat suspended in water (or vice versa...I forget)...anyway, during baking, the water is released as steam and gives the bread a "puff". Super delish! Enjoy.