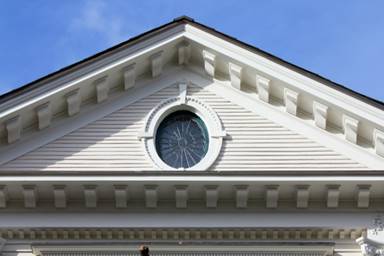 So I had spent a long cold winter fabricating around forty-or-so old tymee tilt out storm windows for our 1895 house. That was tough but I was left with an even more vexing problem of how to protect an elliptical leaded glass window high up on the facade. First was getting on a  high ladder and taking measurements and then reproducing it in drawing. Suffice to say, the ancient Greeks figured out how to easily draw an ellipse with two sticks and a piece of string, but I cheated with digital drawing software and made a print out as a template. That was quick … then came a long period of contemplating how one physically achieves an ellipse in actual wood. I jumped to the conclusion that I would need to steam bend the frame and that lead me off on a tangent for many months leaving me with a nice steamer box but not a window frame…I didn't end up using the steamer for this project because hat process was way more complicated than necessary….and not as controllable as the method I’m about to describe. I accidentally found my answer when I was doing some repair work on the half moon windows in my attic. When I got them in my shop and looked at them closely I realized that the wood grain was travelling in a straight line and not following the curve of the window and that therefore, the curves had been cut out of a much wider board. I also realized that at the top of the half moon, there was a pronounced open tenon holding two pieces together. This allowed the original fabricator to subdivide the arcs into lengths that could come out of a reasonably, but not absurdly wide board. This also prevents the arc from travelling completely cross grain which would leave a very fragile point within the frame. When I sketched a bit over my template I realized that I could do the ellipse in four pieces and carefully jigsaw out the ellipse. Below is a photo record of the process. 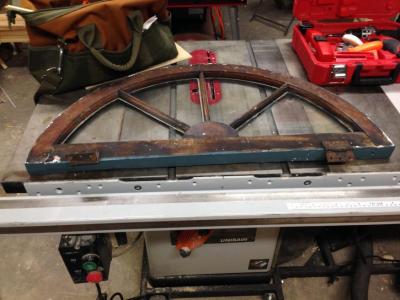 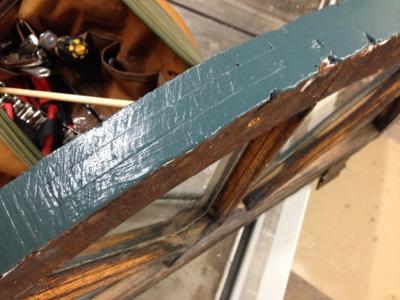 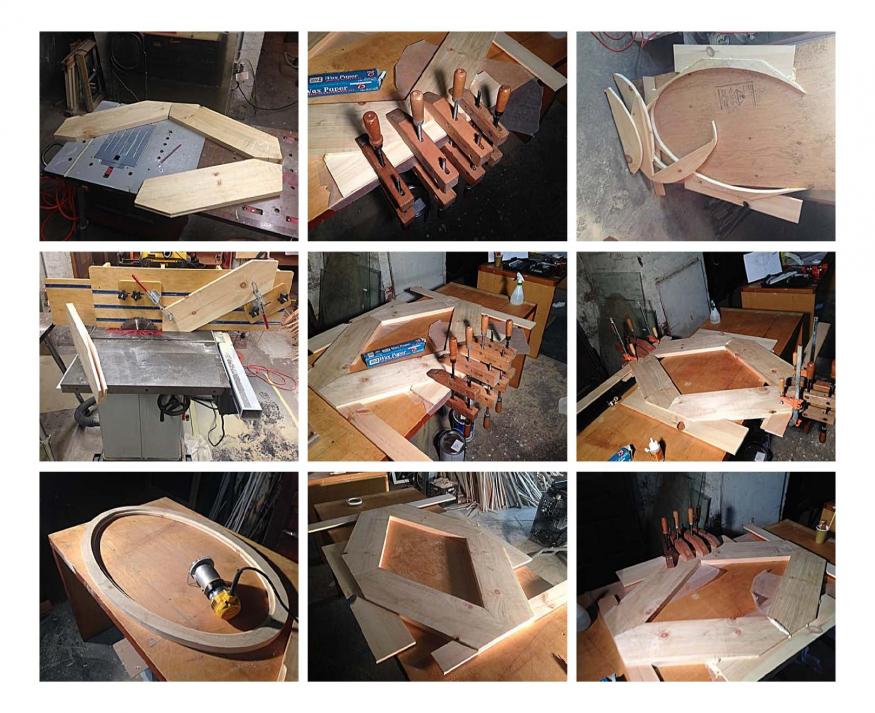