On weekend mornings, I like to treat myself to home brewed coffee; high quality, whole bean, ground on the spot and french pressed. Takes about 20 minutes but well worth it. I’m lucky enough to own an antique coffee grinder that has an interesting story. In the early 20th century, my Irish grandparents were servants at the Brewster Estate (now Edgerton Park) in New Haven. Frederick Brewster was the equivalent of New Haven's John Rockefeller. When he wasn't off on safari, he was making phat stacks of Benjamin’s with a life size train set that covered most of New England. Mr. Brewster specified that after his wife died, the estate would be transferred to the City of New Haven and, probably correctly recognizing that upkeep on their palatial Tudor house would be a financial burden for the city, ordered the house razed. To my knowledge, only three things remain of this house; the horse barn, the fountain, and my coffee grinder which was saved from the servants’ quarters, kept by my grandmother, my mother, and recently me. Many years ago I restored the grinder for my mother with a gentle sandblasting and repainting (the white was my mother’s request and, preferring the classic red and green, I did it under protest.) In any event, what’s cool about this machine is that it’s essentially a huge burr grinder. Coffee aficionados swear by these, claiming that the high speed blades of electric grinders create enough friction/heat that they oxidize enough of the coffee to make a discernable difference. Remember that brewing great coffee is based upon awareness of (and avoidance of) the three things that (in excess) destroy coffee; heat, oxygen, and time. The antique grinder mitigates one of those concerns. So here’s my process (@20min)

1) Start with good ingredients. New Haven is very lucky to have a high quality roaster such as Willoughby’s. I always buy small fresh batches of their Sumatra Mandheling Organic French Roast, whole bean.

2) My antique grinder has a big thumbscrew that cleverly sets the grinding plates near or far from one another to adjust the grind. French press must be ground coarse. This isn't just aesthetic; it’s a matter of safety. The coarseness allows water to flow around the grind and get through the mesh. If your grind is too fine it will clog. A friend of mine was severely burned because she was pressing too hard on a press containing too fine a grind. 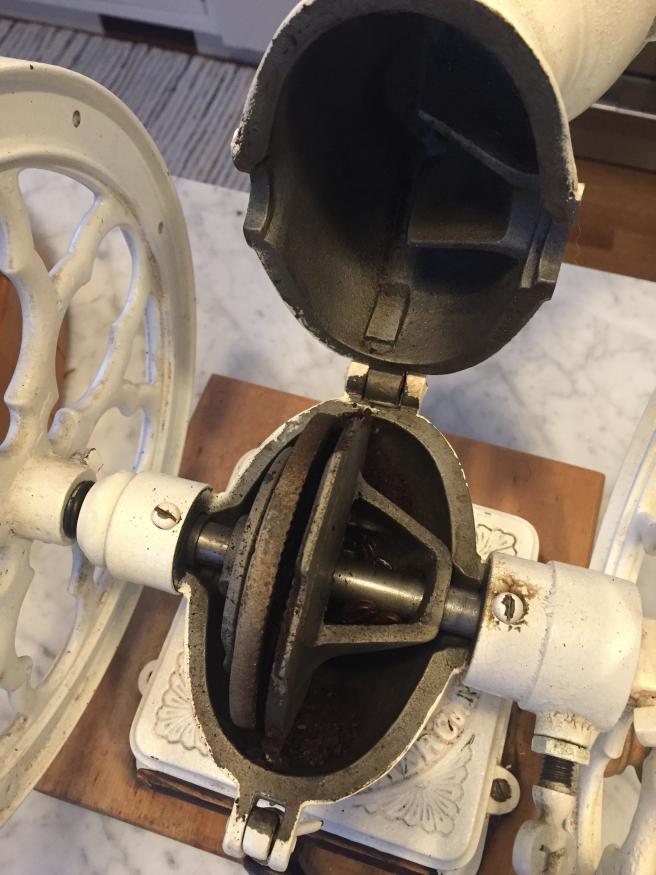 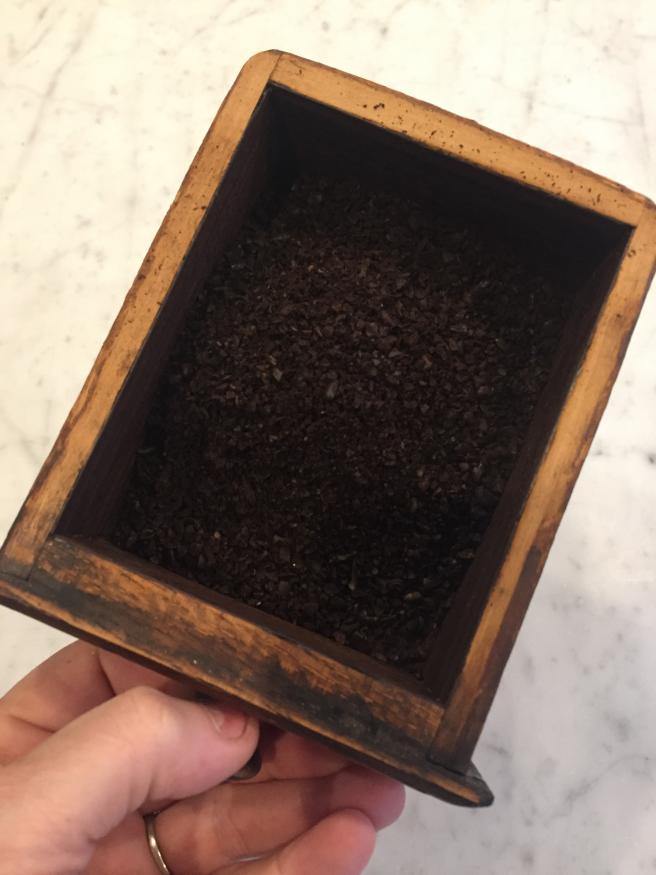 3) Bring your (filtered) water up to 200F. Boiling water (212F) burns coffee. I've tried bringing it to a boil and then waiting a bit for it to drop down but the results don’t seem to be as good. I manage this with a Taylor digital thermometer that serves me well in many other kitchen tasks. 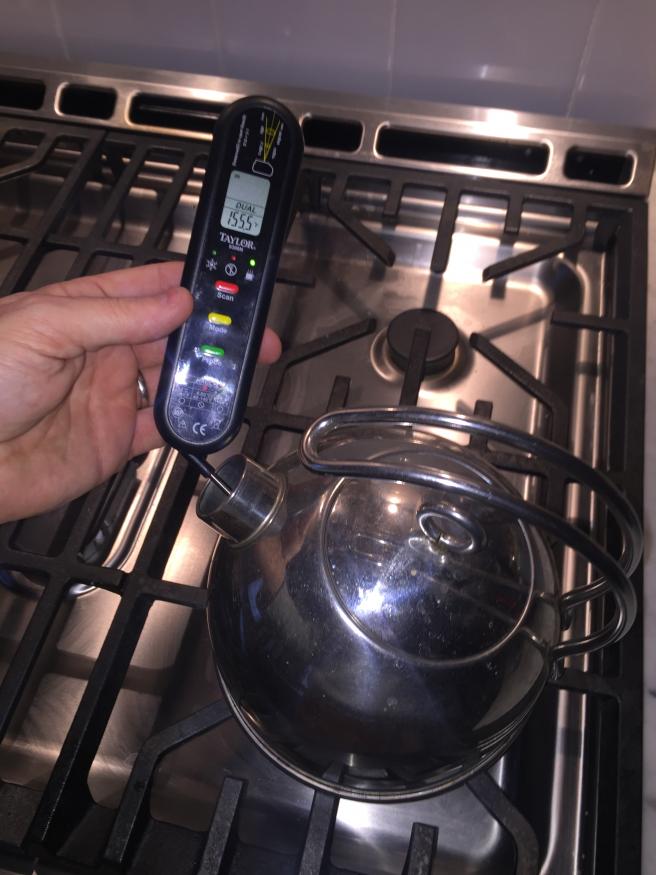 4) Wrap the French press in a dishtowel to maintain temperature. Pour the water over the grinds, stir for a few seconds, put the top on without pressing and wait 11 minutes (I tried 10 and I tried 12…11 seems to be better).

5) In the meantime, warm your vessels. My old roommates used to tease  me for “warming the cups” but it makes a difference. For petes sake, why would anyone pour hot coffee into cold cups? Fill your cups and an insulated carafe with extra boil or hot tap water while you’re waiting for the coffee to steep.

6) After 11 minutes of steeping, stir once more and then gently and slowly press the plunger down to the bottom of the French press. Then pour into the carafe for serving.